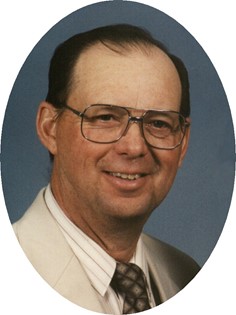 Guestbook 17
Dennis F. Edwards, 67, of Riverton died Monday morning, March 15, 2010, at the Help for Health Hospice Home after a long battle with ALS. Mr. Edwards was a participant through the Veteran's Administration to further understand ALS and move closer to a cure.

On July 2, 1962 he married Betty Green in Cody at Saint Anthony's Catholic Church. The couple lived in various communities while Dennis apprenticed for various electrical companies. He started his apprenticeship in March of 1965 with Riverton Electric working for Bob Sackett. He also attended Casper College while apprenticing. He later completed his apprenticeship with A-1 Electric in 1969.

During his electrical career he worked in Ottawa, Illinois for a year and a half and lived in Green River, WY until 1977. They moved to Riverton were he was employed by Intermountain Electric. He also was self-employed operating D's Electric, then worked for Central Wyoming College retiring in 1998 due to health complications.

Together the couple enjoyed fishing, hunting, camping, traveling and spending time with their children and grandchildren.

He was preceded in death by his parents, John Edwards and Dorothy Caturia; step-father, Robert Caturia; sister, Claudia Jensen and her husband Steve; brother-in-law, Gary Branam.

Memorials may be made to ALS, Little Wind Hospice, or Help for Health Hospice Home in care of Davis Funeral Home, 2203 W. Main Street, Riverton, WY 82501.