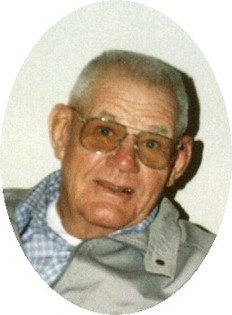 Interment will be at Mountain View Cemetery in Riverton with military committal rites by the Wyoming Army National Guard.

Robert Thomas Schneider was born in Bronx, N.Y., on Oct. 20, 1928, the son of Arthur w. Schneider and Helen M. (Delaney) Schneider. He attended elementary and high school in the Bronx, St. Albert's Seminary in Middle Town, N.Y., and took advanced courses through the University of Wyoming, LaSalle Extension University, and Casper College.

He moved to Wyoming in 1948 to work for his uncle, Ed Delaney, and continued to work in the area oil fields until he was inducted into the U.S. Army in 1951, serving during the Korean War.

He received the Commendation Ribbon with Medal Pendant and Letter of Citation for meritorious service with the Yokahama Quartermaster petroleum Sub-Depot #9.

He married Josephine Marie Wilhelm on June 28, 1953, at St. Anthony's Church in Cody.

Mr. Schneider was a retired accountant and had been a farmer and rancher for 17 years near Casper with his wife and brother-in-law Jack Wilhelm. He and Mr. Wilhelm operated a cattle ranch 31 miles northwest of Thermopolis from1976 to 1982. From 1982 to 1984, he farmed near Kinnear after which he moved to Cheyenne and worked for four and a half years for DePaul Hospital, retiring and returning here to help on the family farm.

Mr. Schneider was a member of St. Margaret's Catholic Church in Riverton.

He belonged to the B.P.O. Elks Lodge in Cody and Riverton and had been a Boy Scout Troop supervisor in Cody, a member of the Kiwanis Club in Casper, a member of the American Legion, National Rifle Association, and a supervisor of the Hot Springs Soil Conservation District.

His family said Mr. Schneider enjoyed reading, gun reloading, weaving on a loom, playing the piano, horse racing, and pottery. Bob enjoyed telling stories about the farm and ranch days, he had a good sense of humor, and was a generous man.

He was preceded in death by his parents; three brothers, Conrad J. Schneider, Arthur L. Schneider, and Harold Schneider; a sister, Joan M. Schneider, and abrother- and sister-in-law, Charles H. Wilhelm and Virginia I. (Wilhelm) Fox.

Memorials may be made to the Help for Health Hospice Home in care of the Davis Funeral Home of Riverton, 2203 West Main, Riverton, WY 82501.