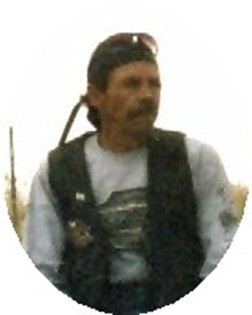 A memorial pot luck gathering will be held at the Cedar Bar in Riverton at 4 p.m. on Thursday, April 8. Cremation has taken place.

Frances Michael Paglia was born in Salina Kan., on June 1, 1952, the son of Gregg "Tony" and Opal Paglia.

He lived most of his life in the Rocky Mountains, moving to Estes Park, Colo., in 1962. He started work at an early age, tossing pizza at his father's pizza restaurants in Estes Park.

He married his high school girlfriend, Kathy Bates, and relocated to Wyoming in 1975, where he worked in the oil fields, honed his carpet laying skills, and also spent several years working for the Riverton school District.

His family said Mr. Paglia was an avid outdoorsman and enjoyed golf, windsurfing, working on cars, darts, telling stories, jokes, and motorcycles to include his local motorcycle club, UMF America.

He is survived by his daughter, Shannon; brothers, Butch, Tony, and Doug; sister, Debbie; two nieces, Paige and Jennifer; and his girlfriend, Geri Brown.

On-line obituaries are available and condolences for the family may be thedavisfuneralhome.com