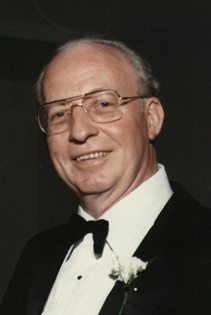 Guestbook 1
Harrison H. Leffler, Jr., of Riverton died Tuesday night, April 6, 2010, at the Hospice Home in Riverton. He was 87. Cremation has taken place and services will be held at a later date in Rockville, Maryland. Harrison Hammond Leffler, Jr., was born in Burlington, Vermont, on Nov. 7, 1922, the son of Dr. Harrison H. Leffler and Nora P. (Truax) Leffler. He grew up in Washington D.C., and was graduated from Roosevelt High School and attended the University of Maryland, and the National Art School. He was a veteran of World War II, being inducted into the U.S. Army in 1943 where he served in the China/Burma/India Theater as a crew member in air drop missions over northern Burma. During his military service, he received the Air Medal and Distinguished Flying Cross. He was honorably discharged in 1945 and moved to Rockville, Md. In 1947, he was employed by the Maryland National Capital Park and Planning Commission. He became a supervisor of drafting activities in the Silver Springs, Md., office until his retirement in 1981. In 956, he married Nancy Parker of Chevy Chase, Md., and with her raised three sons -- Michael, Robert, and William. She preceded him in death in 1984. In 1985, he married Elizabeth (Murphy) Schaefer of Riverton. He moved to Riverton in 1986. He was a member of the China Burma India Veterans' Association and St. John's Lutheran Church. His family said that during his retirement years, he enjoyed painting landscape scenes which he gave to family and friends. Survivors include his wife, Elizabeth of Riverton; his sons, Michael W. Leffler and wife Vonda of Kitty Hawk, N.C., Robert J. Leffler and wife Diane of Damascus, Md., and William H. Leffler and wife Elleen of Gaithersburg, Md.; step-son, James R. Schaefer and wife Karalee; step-daughters, Linda Sinicki and husband Michael and Mary Kathleen Shanor and husband Marc; 13 grandchildren and eight great grandchildren; brothers, John P. Leffler of Memphis, Tenn., and Warren K. Leffler of Rockville, Md. He was preceded in death by his parents and his first wife, Nancy. On-line obituaries are available and condolences for the family may be made at: thedavisfuneralhome.com Services are under the direction of the Davis Funeral Home of Riverton.