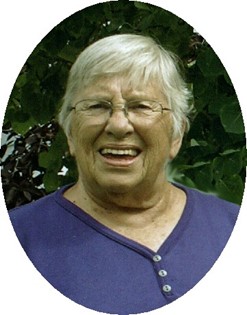 Guestbook 1
V. Jean Gilpin of Riverton died at the Help for Health Hospice Home in Riverton early Monday afternoon, April 12, 2010. She was 80.

Cremation has taken place and memorial services will be at 10 a.m. on Friday, April 16, at the Davis Funeral Home of Riverton. The Rev. Tommy Means will officiate and inurnment will follow at Mountain View Cemetery in Riverton.

She was graduated from Rock Springs High School in 1947.

Mrs. Gilpin had worked as receptionist for the Rock Springs Medical Group, was accounting clerk for the Stockgrowers Mercantile in Rock Springs, was a civil service clerk at Fort Ord, Calif., and at the U.S. Navy Base on Guam. She worked as a teachers' aide for Riverton School District 25, retiring after 25 years.

Mrs. Gilpin was of the Baptist faith.

She served as an assistant troop leader and camp director for the Girl Scouts, was chaplain and secretary for the Auxiliary to the Veterans of Foreign Wars Post 3628 in Riverton, and was a volunteer and associate member of the Jobs' Daughters.

Her family said Mrs. Gilpin enjoyed reading, working in her yard, and volunteering with the VFW Auxiliary.

She was preceded in death by her parents, Ralph and Elna Selby; grandparents, Mamie and Robert Selby and Anna and Alfred Sorensen; a brother, Clinton Selby; her husband, Jack Gilpin, and close friend, Davie Nauman.

Memorials may be made to the Help for Health Hospice Home in care of Davis Funeral Home, 2203 W. Main Str. or the VFW National Home for Children, 3573 South Waverly Road, Eaton Rapids, MI, 44827.