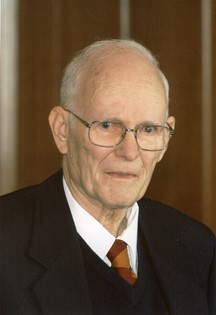 A gathering of family and friends will be 11:00 a.m., Saturday, April 24, 2010 at the United Presbyterian Fellowshiphall.

Mr. Goff served with the U.S. Army in Belgium, France, and Germany during World War II.

He was a computer programmer and analyst for the state of New Hampshire.

He was of the Presbyterian faith and served as a deacon and elder, along with being the elder pledge accountant and treasurer of the memorial account.

Mr. Goff belonged to the Data Processing Management Association and volunteered at the Riverton Library.

His family said he enjoyed collecting stamps and cards.