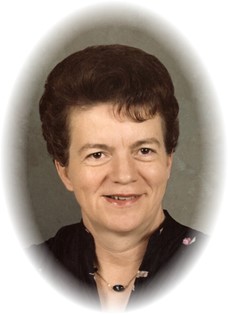 Guestbook 6
Funeral services for Thelma D. Smith of Riverton are at 2 p.m. on Wednesday, April 28, at the Davis Funeral Home of Riverton. Pastor Mike Johnson will officiate and interment will follow at Mountain View Cemetery in Riverton.

There will be a viewing from 5 to 7 p.m. Tuesday, April 27, at the funeral home, and for one hour preceding the Wednesday service.

Thelma D. Sanford was born in Thermopolis on Oct. 17, 1937, the daughter of Wiley and Dolly (Mayfield) Sanford.

She attended school and grew up in Thermopolis.

She moved to Riverton in 1960 with her husband who was employed by and later retired from Western Nuclear Corporation.

Her family said that Mrs. Smith was a professional “Mother”. She dedicated her life to the welfare of her family. She enjoyed participating in the lives of her children and grand children and spending time with many of her life long friends.

She was preceded in death by her parents, her husband, two sisters, and one brother.