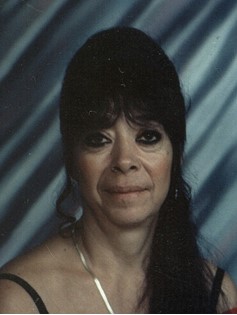 According to her wishes, cremation took place and services were held on Saturday morning, July 4, 2009, at the First Baptist Church in Jeffrey City.

Florie Janet Cantrell was born in Trinidad, Colo., on May 13, 1947, the daughter of Alex and Anna (Mantano) Valdez.

Mrs. Cantrell was a homemaker, having married Glenn Cantrell on May 31, 1974, in Lander. He followed her in death on Saturday morning, April 24, 2010. He was 62. Memorial services for Mr. Cantrell are at 1 p.m. on Saturday, May 1, at the First Baptist Church of Jeffrey City.

Mrs. Cantrell also worked for the Jeffrey City School but her family said her life was devoted to her family.

She had lived in Jeffrey City for 30 years, having previously made her home in Lander, and Superior, Colo.

She was of the Christian faith and a member of the First Baptist Church in Jeffrey City.

She was preceded in death by her parents, Alex and Anna Valdez and a brother, Roger Valdez.