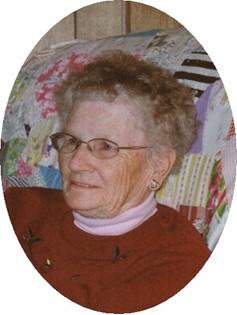 Memorial services will be at 2 p.m. Thursday, May 6, at the Davis Funeral Home of Riverton with burial to follow at Mountain View Cemetery in Riverton.

Josina W. Krommenhock was born in Sioux City, Iowa on Sept. 2, 1929, the daughter of Jan and Jozina (Beji) Krommenhock. She grew up in Iowa and attended school there.

She married Thomas Manard Withrow in Berkley, Calif., on Nov. 14, 1946 to that union six children were born. The couple later divorced.

Mrs. Hemker lived in various communities in Wyoming, settling in Riverton in 2005.

She was a member of the Trinity Lutheran Church of Riverton.

Mrs. Hemker worked as a cook at the Wyoming State Training School in Lander for over 10 years, having worked at Little America in Rock Springs for five years after that, and at the Conoco Station in Rock Springs.

She was preceded in death by her husband, Jerry on March 7, 2008; nine brothers; one sister; her former husband, Thomas Withrow on April 14, 1987, and her parents.

Memorials may be made to the American Heart Foundation in care of the Davis Funeral Home, 2203 West Main, Riverton, WY 82501.