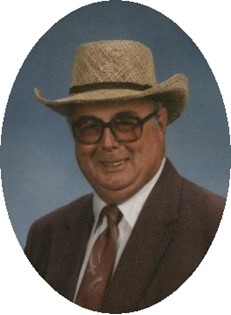 Guestbook 1
Jerome "Jerry" McGuire of rural Shoshoni died on Friday, April 30, 2010, at Riverton Memorial Hospital. He was 73. Funeral services are at 2 p.m. on Friday, May 7, at the Davis Funeral Home of Riverton. A celebration of his life follows at the St. Margaret's gym. Jerome McGuire was born in St. Paul, Minn., on Sept. 18, 1936, the son of Paul Bernard McGuire and Isabelle Katherine (Spadiano) McGuire. He attended school to be a chef and worked as a chef at several high-end restaurants and the Riverton Holiday Inn. He married Irma Williams on Nov. 20, 1972, at the Lander Methodist Church. The couple lived in the Red Canyon area out of Lander before moving to the Riverton/Shoshoni area in 1978. Both Mr. and Mrs. McGuire loved Morgan horses and this led them to their business as Scarlett Hills Morgan Horses in Paradise Valley north of Riverton. They bred a top line of Morgan horses in the U.S., starting new blood lines for people throughout the nation. His family said Mr. McGuire was especially skilled at driving horse-drawn carriages. He also taught clinics to teach others to drive the horses he had trained. He did many judging competitions throughout the region. He was a member of the Morgan Horse Association and the Morgan Horse Trotters Association and he and his wife were able to attend the Kentucky Derby one year. Mr. McGuire continued his love of cooking and wrote two cookbooks and had nearly finished a third. Survivors include his wife, Irma; daughter, Holly Patrice McGuire; step-children, Bill Hancock and his wife Ada, Patsy Hancock, and Edna Bringolf, all of Fremont County; grandchildren, John Bringolf and his wife Sharron, Janet Foxworthy and husband Ray, Judy Whitlock and husband Bob, June Laing and husband Tony; granddaughter Amber Long and husband Casey as well as many other grandchildren and great grandchildren; a nephew, Tommy McGuire, who helped out at the ranch; other nieces and nephews; two brothers, Tom McGuire and wife Connie of Saratoga, and Mike McGuire and wife Rose of St. Paul, Minn.; a sister, Mary. He was preceded in death by his parents, and siblings, Roxie, Rita, Patty, and Gene. Memorials may be made to the Irma McGuire Fund in care of the Davis Funeral Home, 2203 West Main, Riverton, WY 82501. On-line obituaries are available and condolences for the family may be made at: thedavisfuneralhome.com Services are under the direction of the Davis Funeral Home of Riverton.