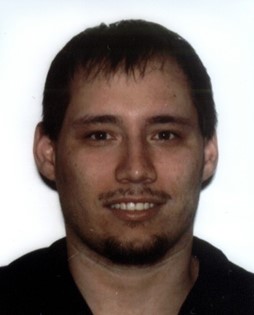 Guestbook 10
Memorial services for Leroy R. Hoster III of Riverton are at 10 a.m. Saturday, May 8, at the Davis Funeral Home of Riverton. Pastor Dale Adams will officiate. Full military honors will be provided. Mr. Hoster died at his home in south Riverton on Sunday afternoon, May 2, 2010. Leroy R. Hoster III was born in Riverton on June 3, 1980. He is the son of Frank C. Smith and Caroline A. (Hamm) Hoster. He grew up in Riverton and was graduated from Riverton High School in 1998. His family said Mr. Hoster was of the Wiccan spirituality. They said he enjoyed all of the out-of-doors including nature, hiking, playing with children, socializing, making friends, and going to the mountains. He served in the U.S. Marine Corps enlisting June 8, 1998 and was discharged from active duty on Sept. 15, 2003. He had specialized in Field Radio Operations and Aviation Support Equipment. He was attached to the USMC-11 department and attained rank of LCPL. He received the National Defense Service Medal, Sea Service Deployment Ribbon, and the Good Conduct Medal. He had joined the Wyoming Army National Guard on April 28 of this year. Survivors include a son, Bradley Gordon Spencer of Riverton; his parents, Caroline and Frank Smith of Riverton; grandmother, Artis Smith of Riverton; grandfather, Leroy Hoster, Sr.; two sisters, Brandi Ciesielski and her husband Joshua, and Jennifer Smith of Riverton; a niece, Cheyenne Smith; nephews, Dominick Payne, Carlyle Minner, Logan Ciesielski, and Daniel Ciesielski; aunts, uncles, and cousins in Wyoming and Pennsylvania. He was preceded in death by his maternal grandparents and paternal grandmother. Memorials may be made to Rec for Riverton or the Riverton Women's Shelter, in care of the Davis Funeral Home, 2203 West Main, Riverton, WY 82501. On-line obituaries are available and condolences for the family may be made at: thedavisfuneralhome.com Services are under the direction of the Davis Funeral Home of Riverton.