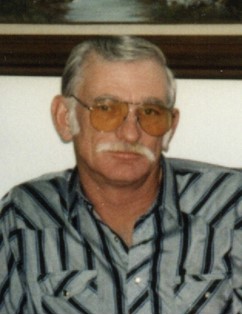 Guestbook 10
Robert A. "Bob" Goodrich of Riverton died on Wednesday, May 5, 2010, at the age of 61. Memorial services are at 11 a.m. on Thursday, May 13, at the Davis Funeral Home of Riverton. Pastor Michael Johnson of St. John Lutheran Church will officiate. Inurnment will be at the Tensleep Cemetery on Friday, May 14. Robert Allan Goodrich was born in the Big Horn Mountains near Buffalo on Oct. 27, 1948, the son of Kay E. Goodrich and Angeline H. (Potter) Goodrich. He had lived in Fremont County for 35 years, driving truck out of Riverton to Idaho, Washington, Arizona, and Montana. His family said trucking was his life. He first worked as a tie camp logger and then started driving logging trucks at a young age. He owned his own truck for a while and then, in 1977, he started driving for Newman Transit, CSM, Koch, and Groendyke Transport, until his health prevented him from driving in November of 2006. His family said he also enjoyed being in the mountains, fishing, camping, barbecuing, cooking, hunting, playing the guitar, dancing, riding his motorcycle, and loved his family, children, and grandchildren. He first married LaVonne Meeks. They later divorced and she lives in Pine Bluffs. He then married Linda  on March 26, 1983, in Jackson. They divorced on Feb. 21, 2006, and she lives in Riverton. In addition to his two ex-wives, Mr. Goodrich is survived by sons, Steve Goodrich of Columbus, Ohio, and Jake Goodrich and his wife Alicia of Riverton; daughters, Shawna Schaefer and husband Chad of Pine Bluffs, Holly Goodrich of Riverton, and Robbie Meeks of Boise, Idaho; adopted sons, Barry Casper and wife Jessica of Riverton, Dyllan Casper of Lander, and John Bolte of Washington state; grandchildren, Joel Goodrich, Lane Goodrich, Kami Schaefer, Dalton Schaefer, Jaclin Davidson, Dillon Meeks, Tristyn Casper, Brooklyn Casper, Hunter Casper, and Breyann Bolte; brother, Jim Goodrich of Malad, Idaho; sisters, Hazel Eastman of Riverton, and Diane Rosales of Pocatello, Idaho. He was preceded in death by his parents, grandparents, Jackob and Blanch Goodrich; brother Larry Goodrich and MaryAnn Goodrich. On-line obituaries are available and condolences for the family may be made at: thedavisfuneralhome.com Services are under the direction of the Davis Funeral Home of Riverton.