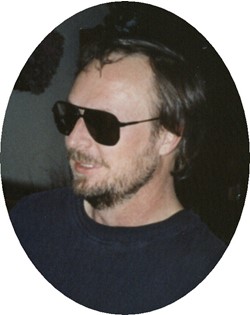 Funeral services are at the Headwaters Center in Dubois at 10 a.m. on Friday, May 21. Pastor Cleve McSwain will officiate. Interment will follow at the Dubois Cemetery. Military honors will be by the National Guard.

Johnny Eugene Sinner was born in Powell on Sept. 14, 1949, the son of Johnny Valentine Sinner and Doris E. (Ekman) Burden. He grew up in Riverton, attended Central Wyoming College, and earned two Bachelor degrees from the University of Wyoming.

Mr. Sinner served two tours with the U.S. Army in Vietnam, in the heavy artillery corps..

He attended the Pavillion Community Methodist Church and his family said he loved doing the Praise Band at the church and the Praise and Worship services at the Headwaters.

Mr. Sinner was an artist, teacher, and had operated Java John.

His family said he enjoyed fishing, gardening, and cutting firewood.

He had lived in Dubois for the past three years, having lived in Colorado, California, Montana, and elsewhere in Wyoming.

He was preceded in death by his father, Johnny V. Sinner; a brother, Bill Miller, and step-father, Herb Burden.