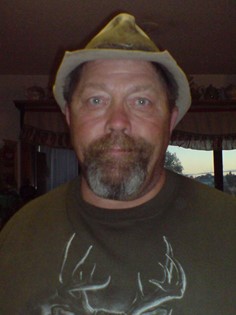 Guestbook 12
Ted DeWitt of Shoshoni died late Friday morning, June 4, 2010, at Riverton Memorial Hospital. He was 56. Memorial services are at 2 p.m. on Saturday, 12, at the Missouri Valley Fire Hall. A reception follows at the fire hall. Cremation has taken place. In lieu of flowers a memorial fund has been established at Atlantic City Federal Credit Union. Ted James DeWitt was born in Alliance, Neb., on March 24, 1954, the son of John Raymond DeWitt and Anna Marie (Broast) DeWitt. He graduated from high school in Nebraska in 1972. Mr. DeWitt had lived in Fremont County for 39 years, in the Riverton Valley and Shoshoni. He was a farmer, truck driver, and work detail officer at the Wyoming State Honor Farm. He had been a volunteer firefighter for 32 years, an E.M.T. for 31 years, and deputy county coroner for 10 years. His family said he enjoyed guns, fishing, hunting, outdoor sports, his family, and community service. Survivors include his fiancée Dava L. Bleak of Shoshoni; sons, John Franklin DeWitt and his wife Kathryn L., and Charles P. DeWitt and his wife Teresa M., all of Shoshoni; daughters, Georgina Marie DeWitt of Pennsylvania, and Jessie DeWitt; seven grandchildren, Tyler, Makayla, Kaylee, Kadon, Korbin, Kaitlyn, and Justin; his mother, Anna Marie DeWitt; a brother, Victor DeWitt; a sister, Christy Entz. He was preceded in death by his father, John DeWitt, and a sister, Vivian DeWitt. On-line obituaries are available and condolences for the family may be made at: thedavisfuneralhome.com Services are under the direction of the Davis Funeral Home of Riverton.