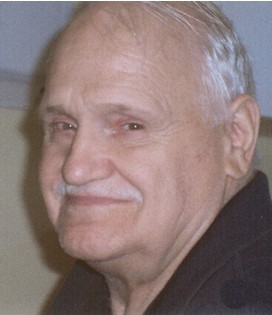 Guestbook 2
Funeral services for Glenn H. Kanack, 73 of Riverton, are at 1 p.m., Monday, June 14, at Trinity Lutheran Church in Riverton with Pastor Vernon Boehlke officiating. Interment will follow at Mountain View Cemetery in Riverton. Visitation is from 2 to 4 p.m. on Sunday, June 13, at the Davis Funeral Home of Riverton. Mr. Kanack died on Thursday, June 10, 2010, at the Help for Health Hospice Home in Riverton. Glenn H. Kanack was born on Dec. 27, 1936, son of Donald H. and Evelyn M. (Hansen) Kanack in Lena, Wis. He attended elementary and high school in Lena where he played football in high school and participated in the National Guard. He then attended college at South Dakota State for one year. Mr. Kanack moved to Walden, Colo., to begin a career in mining. He met and married Gail Follett in Walden. Two daughters -- Lola and Suze -- were born to this union. The couple later divorced. While working in Wyoming in 1990, he met Joann Sheldon and they were married in April of 1993 at the Trinity Lutheran Church in Riverton, WY. Mr. Kanack was working underground in Jeffrey City for US Energy at the Jackpot Mine. He was also employed by various companies in Colorado, Wyoming, New Mexico, and Alaska.  His family said Mr. Kanack was an avid fan of the Green Bay Packers. They said he loved fishing, hunting, watching football, and working underground mining. He was a member of the Trinity Lutheran Church of Riverton. Survivors include his wife, Joann of Riverton; daughter, Suze Kanack of Riverton; step-son, Terry Sheldon; granddaughters, AleahDell and Kaylynn Sheldon, all of Fort Luptin, Colo., April, Tera and Casy Sheldon; grandsons, Brian and Josh Sheldon of Calif.; four great grandchildren; his mother, Evelyn Kanack, who still lives at the family farm in Lena, Wis.; brothers, Chuck and Mary Kanack of Fairplay, Colo., Wayne and Carol Kanack of Jefferson, Texas, Bert and Marion Kanack of Cedarberg, Wis.; sister, Donna Ducat of Lena, Wis., and numerous nieces and nephews. He was preceded in death by his father, Donald; daughter, Lola Kanack; brothers, Jimmy, Jerry, and Richard Kanack. Memorials may be to the Help for Health Hospice Home or to the Trinity Lutheran School, in care of the Davis Funeral Home, 2203 West Main, Riverton, WY 82501. On-line obituaries are available and condolences for the family may be made at: thedavisfuneralhome.com Services are under the direction of the Davis Funeral Home of Riverton.