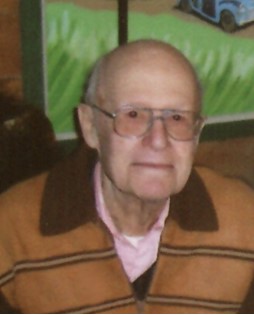 Cremation will take place and no services will be held.

Floyd Wilson Nichols was born December 4, 1918 in Lemoore, Calif. to William Henry and Irma Zena (Hubbard) Nichols. He grew up in California and graduated High School.

Mr. Nichols served in the U.S. Army during W.W. II in the European African Middle Eastern Theater. He specialized in radio operation and was with the 382nd field artillery Battery C. He was in the Rhineland, Central Europe Ardennes, and North France Normandy campaigns. He received the American Defense Service Medal, European African Middle Eastern Campaign Medal, and the Good Conduct Medal.

Mr. Nichols worked in feedlots as a ranch hand and horse trainer his entire life. He enjoyed riding saddle broncs in his younger years. His friends described him as an honest, kind person with a gentle touch with animals.

Mr. Nichols lived in California until retiring in the late 1970’s moving to Wyoming to be close to the Winfield family. Darrell Winfield and Floyd became close friends since working together in California.

While living on the Winfield Ranch Floyd continued his ranch work, working with horses and livestock.

He is survived by several nieces and nephews; brother, Ed Nichols of Paso Robles, Calif. and the Winfield families.

He was preceded in death by his parents; sisters, Elise and Ruth.

Memorials may be made to the Tough Enough Cancer Fund or Donor’s Choice care of the Davis Funeral Home, 2203 W. Main Street, Riverton, WY 82501.