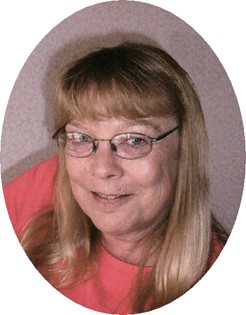 A memorial service will be held Thursday, June 17th, 2010, 2:00 p.m. at the Davis Funeral Home with Pastor Richard Morgan officiating.

Pamela Lynn was born May 12th, 1956 in Rock Springs, Wyoming to Lloyd G. and Irene (Scheerschmidt) Benson. She moved to Riverton in 1970, when she was in the 9th grade and lived most of her life in Riverton. Pam graduated with the Riverton High School class of 1974 then attended Central Wyoming College.

She was married to Terry Herrick and had two sons. They later divorced.

She enjoyed going to the casino, crocheting and other crafts, being outdoors, gardening, fishing and camping. She took in many pets that were unwanted by others. She worked as a CPA for Wind River Health Care for eleven years.

Memorials may be made to Paws for Life Animal Center, care of Davis Funeral Home, 2203 West Main Street, Riverton, WY 82501.