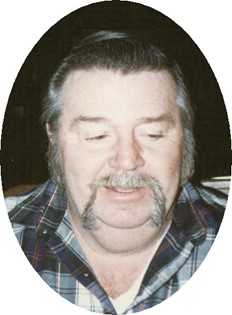 Guestbook 9
David E. "Dave" Fritz of Riverton died Friday evening, June 18, 2010, at the Help for Health Hospice Home in Riverton. He was 76.

Funeral services are at 10 a.m. Friday, June 25, at the Davis Funeral Home of Riverton with Pastor Richard Morgan, Jr., of the Calvary Baptist Church officiating.

Interment, with flag presentation, will be at Mountain View Cemetery in Riverton.

David Ellis Fritz was born in Powell on Dec. 28, 1933, the son of Dan and Wanda (McJunkin) Fritz. He grew up in Cody where he graduated from Cody High School and attended one year at North West Community College in Powell.

He served with the U.S. Army for four years, including two years stationed in Germany. Following military service he returned to Cody, lived in Billings, Mont., for one year, returned to Cody, and moved to Riverton in 1988.

Mr. Fritz was a member of the Calvary Baptist Church

He was a fencing contractor, having operated 4-D Fencing Co. in Cody and Riverton for 30 years. He also farmed on Sage Creek out of Cody for 10 years, and worked for eight years as a fencing foreman for Gilpatrick Construction of Riverton.

His family said Mr. Fritz was a fan of the Denver Broncos, was an animal lover, especially cats, and loved his grandchildren.

He was preceded in death by his parents; his wife, Charlene on June 2, 2009; a daughter, Theresa Kinder; sister, Norma, and infant brother, Jerry.

Memorials may be made to the Paws for Life Animal Shelter, in care of the Davis Funeral Home, 2203 West Main, Riverton, WY 28501.