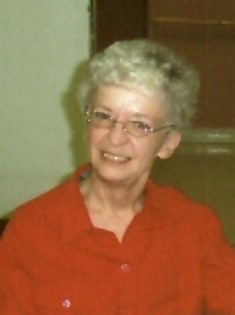 Guestbook 2
Patricia A. "Patty" Marlow of Riverton died at the Help for Health Hospice Home in Riverton on Friday, July 2, 2010, at the age of 66. Memorial services are at 10.00 a.m. Wednesday, July 14th, at St. James Episcopal Church. The Rev. Linda Wilson will officiate. Patricia Ann Wright was born in Denver, Colo., on Sept. 22, 1943, the daughter of Dewey S. Wright and Mary (Graybow) Wright. She graduated from high school in Helena, Mont., and received a Bachelor of Arts degree from Montana State University of Montana in Bozeman, in 1965. She married John Marlow in Helena, in 1965. They were later divorced. Ms. Marlow was of the Episcopal faith, serving as a Sunday School teacher and church volunteer. She had been a resident of Riverton since 1968, with prior residence in Phoenix, Ariz., and Helena, Mont., having lived in Denver until the age of 14. She was a self-employed commercial artist who specialized in logo creation and caricatures. She had also been employed by the Riverton Ranger. She designed the Riverton Rendezvous logo in 1980, several designs for the St. James Episcopal Church, the Sundowner Motel logo, and others in the community. She was a member of the Alpha Omega Pi sorority while a student at Montana State University. Her family said she loved all forms of art and was a painter and photographer. They said she loved nature, especially the Wind River Mountains, the area around Dubois including Warm Springs, her dogs, children and grandchildren. Survivors include her son, Bradley L. Marlow of Riverton; daughter, Kathleen M. Diehl of Peoria, Ariz.; grandchildren, Shane Diehl and Eric Diehl of Peoria, Ariz.; a brother, William Wright of Glasgow, Mont. She was preceded in death by her parents, grandparents, and great grandparents.