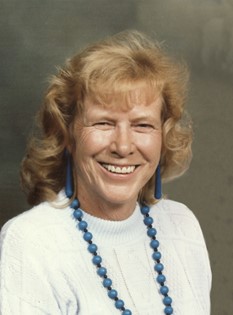 Guestbook 19
Barbara A. Wells of Dubois died on Monday, July 19, 2010, at the Wyoming Medical Center in Casper. She was 77. Funeral services are at 11 a.m. on Saturday, July 24, at the Timberline Ranch out of Dubois. The Rev. Melinda Bobo will officiate. Interment will be at the Dubois Cemetery. A luncheon at the Timberline Ranch will follow the service. Barbara Ann Cloninger was born in Bozeman, Mont., on Aug. 12, 1932, the daughter of Ottie LeRoy and Francis Magdaline (Just) Cloninger. She was graduated from high school in Bozeman. She married John Allen Wells on Jan. 19, 1949, in Billings, Mont. The couple worked with Timberline Minerals and the Timberline Ranch for 61 years. Mrs. Wells was a resident of Dubois for over 60 years, working as a mother and grandmother who also worked at ranching and operating a guest ranch. She was a member of the Order of the Eastern Star Lupine Chapter 52, National Society of the Daughters of the American Revolution Sheridan Chapter, a life member of the Auxiliary to the Veterans of Foreign Wars in Dubois, and a charter member of the Dubois Sno-katters. Her family said that in addition to her family, Mrs. Wells enjoyed crocheting and needlework. Survivors include her husband, John A. Wells of Dubois; sons, Chad Wells and his wife Margaret and family, Eric Wells and his wife Kay and family, and Otto Wells and his wife Paula and family, all of Dubois; eight grandchildren and eight great grandchildren; a brother, Howard Cloninger of Bozeman, Mont. She was preceded in death by her parents; a sister, Kathryn Popovich, and a brother, Everett Cloninger. On-line obituaries are available and condolences for the family may be made at: theDavisFuneralHome.com Services are under the direction of the Davis Funeral Home of Riverton.