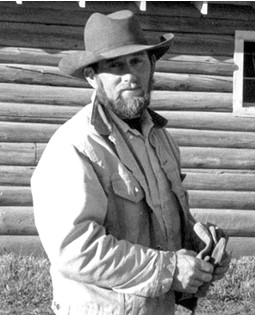 A celebration of life will be held at 5 p.m. on Friday, Aug. 6, at the Rustic Pine Tavern in Dubois. Cremation has taken place.

Anders Roland Elisson was born in Tanoker, Sweden on June 11, 1942, the son of Elis Fritiofsson and Linnea (Anderson) Fritiofsson.

He came to the United States from Sweden in 1961, at the age of 17. Settling first in New York City, he worked odd jobs to earn enough money to come West to Jeffrey City to live with his second cousin, Chet Anderson.

Mr. Elisson served with the Swedish Army and the U.S. National Guard.

He was baptized into the Lutheran faith in Sweden.

Mr. and Mrs. Elisson were married for 34 years before divorcing.

Mr. Elisson worked all his life with livestock, raising horses, cattle, irrigating, and doing general ranching. He worked for many farms and become ranch manager for more than 30 years at the Thunderhead Ranch of Dubois. He later started his own ranching operation -- Ecco/Elisson Cattle Company.

He was a member of the American Quarter Horse Association.