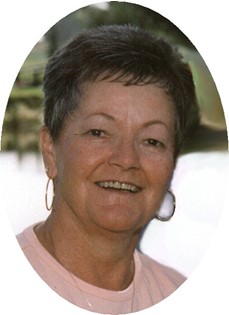 Funeral services are at 10 a.m. on Thursday, Sept. 23, at St. Margaret's Catholic Church in Riverton with the Rev. Father Andrew Duncan officiating. Interment follows at Mountain View Cemetery in Riverton.

There will be a viewing from 5 to 7 p.m. Wednesday, Sept. 22, at the Davis Funeral Home of Riverton.

Patricia Ann Robbins was born in Casper on Dec. 31, 1940, the daughter of Gale and Frances (Cavanaugh) Robbins. She grew up in Casper, Glenrock, and Riverton, graduating from Riverton High School in 1959, where she was a majorette.

She attended Colorado Women's College and received her Associate's degree in legal stenography in 1961.

Mrs. Olson worked for the College of Education at the University of Wyoming and as a legal secretary for various attorneys in Riverton.

She was a member of St. Margaret's Catholic Church and the Riverton Country Club Ladies Golf Association.

Her family said Mrs. Olson enjoyed playing golf, and having her grandchildren around.

Survivors include her husband, Alvin "Sparky" Olson of Riverton; a daughter, Cindy Olson of Riverton and her son Reed Paulsen; son, Steven Olson and his wife Kara of Merrimack, N.H., and their children, Alexander and Lauren; her dog, Harley.

She was preceded in death by her parents, and a brother, Gary Robbins.

Memorials may be made to the American Diabetes Association in care of the Davis Funeral Home, 2203 W. Main Street, Riverton, WY 82501.