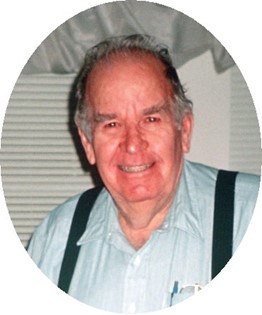 Funeral services will be at the new Riverton Church of Jesus Christ of Latter-day Saints on West Main in Riverton at 10 a.m. on Saturday, Oct. 2. Bishop Martin Devries will officiate.

A viewing will precede the service at the church.

Interment will follow at the Mount View Cemetery in Basin.

He married Deaun Dalley of Riverton in Thermopolis on May 6, 1941.

Mr. Shelley was a member of the Church of Jesus Christ of Latter-day Saints. He served as records clerk, a youth leader, and Sunday School teacher.

For many years, he was Scoutmaster of Boy Scout Troop 76 in Riverton.

Mr. Shelley was a retired irrigation contractor. He had worked in farming, as a seismographer doing location work for oil fields, in excavation, and as a heavy equipment mechanic. With his sons and sons-in-law, he invented and built the Concrete Auto-Liner, which installed concrete ditch that controlled and conserved water for irrigation.

His family said his interests included his family, camping, fishing, hunting, working with horses, photography, and writing letters to Congressmen and Senators.