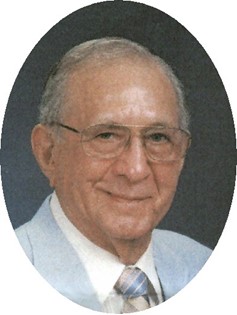 Guestbook 3
Graveside services for Warren E. Abraham of Dickinson, Texas, are at 2 p.m. on Friday, Nov. 12, at Mountain View Cemetery in Riverton with Military Honors.

Mr. Abraham died on Saturday, Sept. 11, 2010, at the age of 87. Funeral services were held Tuesday afternoon, Sept. 14, at the First United Methodist Church in Dickinson.

Warren Earl Abraham was born in Woodson, Texas, on Feb. 23, 1923, the son of Veronica and Charlie Abraham.

He served with the U.S. Army Air Corps during World War II with the 60th Bomb squad stationed in Guam. He was an Airplane power plant mechanic receiving rank as corporal. He was Honorable discharged Febr. 11, 1946 at Camp Fannin, Texas.

Mr. Abraham was a survivor of the Texas City disaster of 1947.

He retired from the Amoco Refinery after 38 years as an area maintenance supervisor.

He married former Riverton resident Marlene Finch on Aug. 30, 1975 in Casper at the First Methodist Church by Rev. Raymond Kreps of Riverton.

He was preceded in death by his parents, and brothers, Carl and Glen Abraham.