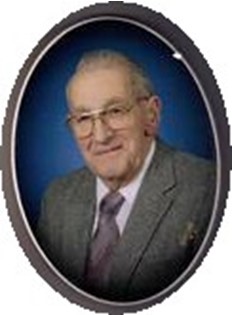 He had been a resident of Green Valley for six months.

Robert Bruce Meredith was born in Sheridan County on April 8, 1924, the youngest of four siblings born to George and Pauline Meredith. He lived in Sheridan until he joined the U.S. Army in 1944 and had worked on the ranch with his family for most of his early life.

He served with an Army infantry unit in Germany until the end of World War II.

After returning from the war, he was married to Helen Marie Silla in October of 1945.

Mr. Meredith entered the University of Wyoming in the fall of 1948 where he began studying and working to become a teacher of vocational agriculture. He was graduated in 1951 with a Bachelor of Arts degree in vocational agriculture and immediately began his teaching career at Shoshoni High School, where he would stay until he retired in 1987.

As ag teacher, he also served as sponsor of the award-winning Shoshoni Chapter of the Future Farmers of America.

He had said that among his greatest honors was being selected as "Teacher of the Year" for the state of Wyoming in 1985.

The family said he believed in his students and also believed that the greatest asset on earth were his students.

After Helen's death in 1993, Mr. Meredith married his long-time friend Beulah (Harris) in September of 1994.

Mr. and Mrs. Meredith moved from Shoshoni to Riverton in 2004. They moved to Green Valley in the spring of 2007.

He was preceded in death by his wife of 47 years, Helen Marie Meredith; his father, George Meredith, and mother, Pauline; two brothers, Jim and George, and one sister, Halene.

Memorials in his name may be made to the Shoshoni Senior Center.