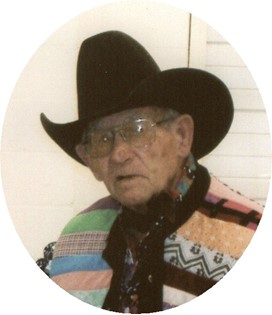 A memorial service is at 2 p.m. on Wednesday, Oct. 20, at the United Methodist Church of Riverton, Pastor Mark Thurman will officiate. Military Honors will be provided.

Lyle Trehearne was born in a dugout south of Arvada, Wyo., on April 10, 1922, the son of Lyle Edward and Mable Trehearne.

He was graduated from Midwest High School in 1940 and then spent the next four years serving with the U.S. Navy in the South Pacific during World War II.

Mr. Trehearne spent the remainder of his life living on their place near Arapahoe.

His family described Mr. Trehearne as "an old time cowboy" who loved working cattle, riding horses, and spending time with his grandchildren. Mr. Trehearne worked many places including at Susquehanna, the Riverton Sales Barn, Arapahoe School, and Fuechsel's, where he worked 20 years as a ranch hand and veterinarian assistant.

Mr. Trehearne helped organized the Little Britches Rodeo, served on the Arapahoe School Board, and was a member of the Wyoming Historical Group and AARP.

Mr. Trehearne was preceded in death by his parents.

Memorials may be made to the Help for Health Bus, in care of the Davis Funeral Home, 2203 West Main Street, Riverton, WY 82501.