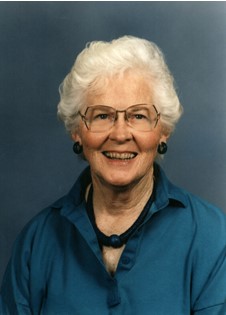 Guestbook 2
Mary E. Browall, 97, of Lander died Sunday afternoon, October 24, 2010 at Westward Heights Care Center. According to her wishes cremation will take place and no formal church service will be held.

Mary Elisabeth (Bowman) Browall was born May 8, 1913, at Blackwell, Oklahoma. She was the oldest of seven children. Mrs. Browall graduated from high school at Zanesville, Ohio in 1930, attended Muskingum College in New Concord, Ohio for two years, and then worked for the Hazel-Atlas Glass Company in Zanesville, and Ada, Oklahoma, where she met Carl Browall. They were married on October 4, 1934. The Browalls lived in Ada for ten years, where her husband was in the oil business. Their three sons, Carl, Jr., Sam and Kurt were born there.

Friends and family remember Mary most by her devout faith in God and her young and joyful spirit. She was also an excellent hostess, good cook, avid bridge player, and supportive role model for others. She was a member of the Methodist Church of Lander, and often said her life was overflowing with the blessings of being a wife, mother and homemaker.