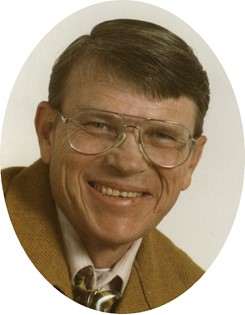 Guestbook 9
Funeral services for James H. "Jim" Humphries of Riverton are at 10 a.m. on Monday, Nov. 1, at the Davis Funeral Home of Riverton with Pastor Rex Whitman officiating. Interment follows at Mountain View Cemetery in Riverton with Military Honors.

James Harold Humphries was born in Pampa, Texas, on Sept. 28, 1937, the son of Cecil E. and Floydada (Reed) Humphries. He grew up in Guymon, Okla., and attended school in Goodwell, Okla., Hobbe, N.M., and Glendive, Mont., moving to Riverton in 1954 his senior year at Riverton High School.

He served with the U.S. Air Force, enlisting in 1955 and was honorably discharged in 1959.

Mr. Humphries was a co-owner of Superior Bit and Welding in Riverton until 1996 after which he worked in construction in Nevada, Montana, and Wyoming until his retirement in 2002.

He was a member of the First Baptist Church of Riverton.

His family said family was important to Mr. Humphries and he loved having his grandchildren and great grandchildren around him. They said he loved to hunt, fish, and made plastic roses out of plastic spoons.

He was preceded in death by his parents; a brother, Kenneth; a sister-in-law, Jennette, and grandson, Jesse.