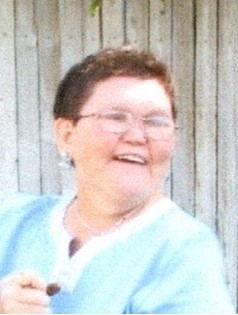 Guestbook 10
Funeral services for Marjorie L. Fancher of Kinnear are at 2 p.m. on Friday, Nov. 12, at the Davis Funeral Home of Riverton with the Rev. Father David Gau officiating. Interment follows at Mountain View Cemetery in Riverton. Visitation is from 1 to 2 p.m., preceding the service on Friday, at the funeral home. Mrs. Fancher died at her home in Kinnear Sunday evening, Nov. 7, 2010, at the age of 57. Marjorie Louise Murphy was born in Riverton on May 9, 1953, the daughter of Charles and Isabelle (Erickson) Murphy. She attended Crowheart Elementary School and was graduated from Wind River High School in Pavillion with the Class of 1972. She lived most of her life in the Kinnear area, having been born in Riverton and lived in Crowheart until the fifth grade. She married Randy Fancher in Manderson in 1972. Mrs. Fancher was of the Catholic faith. Mrs. Fancher was a homemaker and worked as a pre-cook in the food service industry, at the Kinnear Store, the La Cantina restaurant, The Roost, and others. Her family said she enjoyed taking care of her animals, pets, doing yard work, and gardening. Survivors include her sons, Dick Lee Fancher of Evanston, and Lewis Paul Fancher of Riverton; one grandson, Walker Lee Fancher; brothers, Raymond Murphy of Ellsworth, Maine, David Murphy of Kinnear, Louis Murphy of Sheridan, Gary Murphy, and Jesse Murphy, both of Kinnear; sisters, Thelma Mollman and her husband Jim of Glenrock, and Judy DuBry of Farnum, Neb.; brother-in-law, Harry Ostertag. She was preceded in death by her parents; one grandchild; brothers, Richard Murphy and Chester Murphy; sisters, Virginia Murphy and Carol Sue Ostertag. On-line obituaries are available and condolences for the family may be made at: thedavisfuneralhome.com Services are under the direction of the Davis Funeral Home of Riverton.