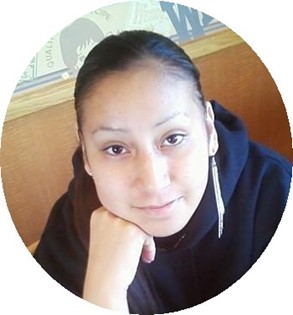 Guestbook 1
Karen Ann Trumbull passed away suddenly on December 19th 2010 in Lander, Wyoming. She was born in Riverton to Vonda Crispin and Clark Trumbull, III on September 16th, 1988. A service will be held Thursday, December 23rd at 10:00 a.m. at Blue Sky Hall. A wake will be held Wednesday at 7:00 p.m., December 22nd at the Ida Brown residence.

Karen enjoyed the computer and internet and texting family and friends. She participated in Sweat and believed strongly in the Northern Arapaho Sundance. She enjoyed taking long walks, camping, hiking, and her two children.