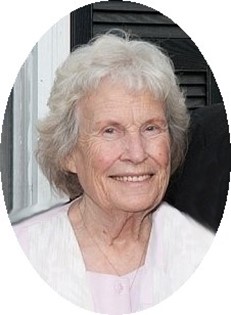 Guestbook 18
Funeral services for Verena K. "Ren" Urbigkeit of Riverton are at 10 a.m. on Thursday, Dec. 30, at St. Margaret's Catholic Church in Riverton.

Verena Katherine Joerger was born in Carrizozo, N.M., on Sept. 22, 1926. She was one of eight children born to immigrant parents, Joseph and Verena Joerger of Ems and Chur, Switzerland. Her early years were spent on a ranch outside of Hot Springs, N.M.

In 1944, she was graduated from Hot Springs High School in Hot Springs, N.M., where she was an "A" student and avid tennis player.

She attended nursing school at St. Joseph's Hospital in Denver, Colo., where she earned an RN diploma and was licensed in 1946.

She worked in Denver area hospitals, including Fitzsimons Army Hospital, until 1951.

She married Arthur Dean Urbigkeit in Truth or Consequences, N.M., on Oct. 25, 1951. The newlyweds made their home in Riverton and raised their family of six daughters. They were married for 50 years until his death in 2002.

Mrs. Urbigkeit was employed by Riverton Memorial Hospital as an on-call critical care nurse. She became a full-time nurse at Wind River Medical Group and worked there from 1964 to 1981. She was a full-time nurse in the office of Dr. Barry Carr from 1983 until retirement. During her retirement, she served as a substitute school nurse at St. Stephen's School and Arapahoe School. She maintained an active RN license for 56 years until her final retirement in 2002.

She was a devoted member of St. Margaret's Catholic Church where she volunteered time as a member of the Altar and Rosary Society and C.Y.O. sponsor. During her retirement, she devoted an hour each day to praying the rosary at the church.

Her family said Mrs. Urbigkeit enjoyed dancing, exercising, playing cards, visiting with people, caring for those in need, and traveling to see family.

She was preceded in death by her husband, Arthur Urbigkeit; her parents; three sisters, and two brothers.