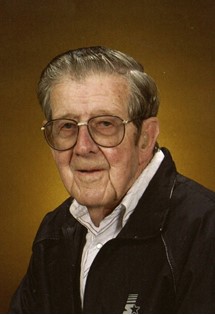 Guestbook 0
Funeral services for Lloyd J. "Pretty Lloyd" Rood of Riverton will be at 10 a.m. Wednesday, Aug. 29, at the Davis Funeral Home of Riverton. The Rev. Vernon Boehlke will officiate.

He grew up in the Manville area of Wyoming and was graduated from high school there in about 1938. Following military service with the U.S. Army in New Guinea in the South Pacific during World War II, he returned to Lander. He came to Riverton in 1972.

Mr. Rood was a mechanic who worked for Tom Atwood and Ted Eckley.

He was preceded his death by a brother, Kenneth Rood, and a sister, Edna Shippen.