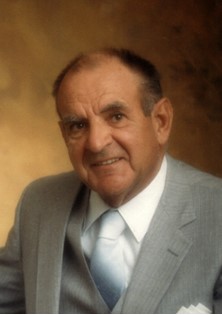 According to his wishes cremation has taken place and there will be no services.

Franz Sherlock Holzmann was born in Elizabeth, N.J., on Aug. 30, 1925, the son of Franz and MaryAnn (Kopf) Holzmann. He was graduated from high school and received an Associate's degree in college.

He served with the U.S. Army during World War II.

Mr. Holzmann was a carpenter and millwright by trade, belonging to Local 715 of the Industrial Machinists' Union in Cranford N.J. for 47 years.

He was a member of the Junior Police in Elizabeth, N.J.

He married Erma Fresinger at the St. John the Baptist Catholic Church in Revere, Penn., on July 25, 1953.

His family said he enjoyed doing projects around his yard and house, including woodwork. They described him as having a great sense of humor and enjoyed making people smile.

Memorials may be made to the Veterans' Administration or the Disabled Veterans, in care of the Davis Funeral Home, 2203 West Main Street, Riverton, WY 82501.