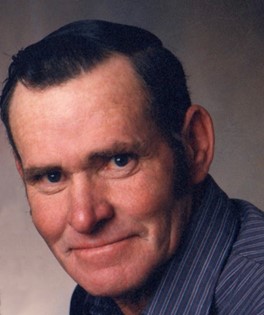 Guestbook 2
Memorial graveside services for former Riverton resident Charles L. "Charlie" Goff of Bingham, N.M., are at 10 a.m. on Friday, July 15, at Mountain View Cemetery in Riverton. Pastor Mark Thurman officiates. Mr. Goff died at Arkansas Hospice in Arkansas on Monday, Feb. 21, 2011, after battling cancer. He was 76. Charles Linley Goff was born on Sept. 27, 1934, the son of John Thomas and Alta Olivia Goff. After his graduation from Bayfield (Colo.) High School he joined the U.S. Army and was stationed in Germany 1954-57. Mr. Goff worked for Union Carbide in the Gas Hills of Wyoming and in Arkansas for many years until his retirement. His family said Mr. Goff enjoyed fishing, hunting, and tending and sharing stories about his horses and cows. He was a life member of the Veterans of Foreign Wars and Eagles Lodge He is survived by his daughters, Rose Marie Cole and husband Randy, and Denise Truby; grandchildren, David and Michelle Cole, Chantel Pittman, and Chelsea Hatfield; great grandchildren, James Cole and Jezael Meushaw; brother, Fred Goff and wife Maggie; sister-in-law, Louise Goff; numerous nieces and nephews; friends and family in both Riverton and Hot Springs, Ark. He was preceded in death his parents, John and Alta Goff; brothers, John and Robert Goff and wife Betty Goff; and grandson, Joshua. On-line obituaries are available and condolences for the family may be made at: theDavisFuneralHome.com Arrangements were under the direction of the Davis Funeral Home of Riverton.