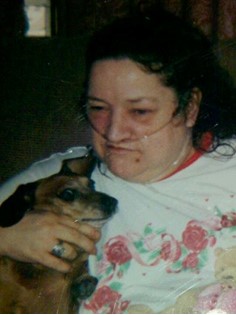 Guestbook 1
Deborah J. "Debbie" Keeler of Shoshoni died at Wind River Healthcare in Riverton on Saturday afternoon, July 16, 2011. She was 61.

Cremation has taken place and a private prayer service was held.

Deborah Jean McCann was born in Springfield, Mass., on Aug. 25, 1949, the daughter of Thomas and Lillian (Recor) McCann.

She grew up in Chicopee, Mass., and attended school there. She also lived in Springfield and Holyoke, Mass, before moving to Wyoming.

Mrs. Keeler worked as an aide at the Wyoming State Training School in Lander for five years before becoming disabled from illness.

Her family said Mrs. Keeler played a lot of bingo, enjoyed fishing with her family, going to the casino, loved her husband, grandchildren, and her dog, Angel.

She was preceded in death by her parents, one brother, and her grandparents.