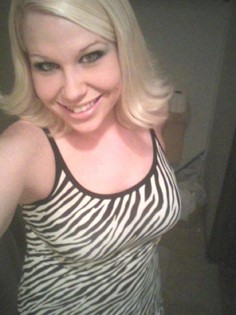 Guestbook 8
Graveside services for Chelsea A. Sekely of Riverton are at 10 a.m. on Saturday, July 30, at Mountain View Cemetery in Riverton. Cremation has taken place. Mrs. Sekely died at the Lander Regional Hospital on Saturday, July 23, 2011, at the age of 22. Chelsea Ann Brandborg was born in Tulsa, Okla., on Sept. 22, 1988, the daughter of Erik and Jana (Coombs) Brandborg. She moved to Wyoming from Oklahoma in 2006 and attended Central Wyoming College in Riverton where she was studying for her art major. She married Kevin Sekely in Lander on July 18, 2007. Mrs. Sekely was an apprentice at Artistic Impressions in Riverton, sold Mary Kay products, worked as a secretary, and in nursing. The mother of four children, her family said Mrs. Sekely enjoyed reading. Survivors include her husband, Kevin Sekely of Riverton; a son, Alexander, age 7; daughters, Lillith, age 3, Chloe Dancer, age 2, and Danika, four months; her parents, Erik and Jana Brandborg of Tulsa, Okla.; grandmothers, Diane Cleary of Dubois and Janice Decker of Okla.; a sister, Savanna Brandborg of Tulsa. She was preceded in death by both grandfathers. Memorials may be made to Peta, in care of the Davis Funeral Home, 2203 West Main Street, Riverton, WY 82501. On-line obituaries are available and condolences for the family may be made at: theDavisFuneralHome.com Services were under the direction of the Davis Funeral Home of Riverton.