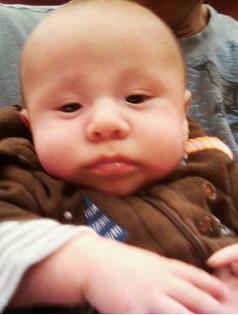 Eli Jovani C'Bearing was born in Riverton on Dec. 22, 2011, the son of Wendell Moss, Sr., and Stephanie Ramona C'Bearing.