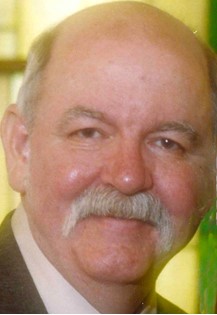 Mr. Smith died Saturday, July 30 at his Riverton home following a long battle with cancer. He was born August 25, 1944, in Atlanta, Ga., the son of Dr. Harry Lee Smith and Marie McClure Smith. He will be laid to rest alongside his parents in the Alta Vista Cemetery in Gainesville, Ga.

Mr. Smith combined his experience in theater, athletics, broadcasting and his studies of world religions into a 25-year career at CWC. In 2009 he was honored by the institution when he was presented the title of Professor Emeritus, a year after he was forced to retire when complications from his cancer treatment caused him to lose his sight and dimensioned his immunity to infection.

He began his career in broadcasting in Georgia at the age of 12. At 14, he was given the opportunity to work on-air and he fell in love with the profession. He learned the basic skills of broadcasting, music programming, sports casting, sports writing, play by play, color commentary, and interviewing during those early years. He believes his broadcasting expertise was enhanced because of his experiences in theater, which Smith first became involved in at the age of 5.

He acted, directed and wrote plays. He was able to control his voice and perfected various forms of dialect. Those elocution skills helped him while teaching broadcasting and coaching actors in theater productions. Smith had many lead roles in CWC productions, including Big Daddy in a “Cat on a Hot Tin Roof” and Alfred Doolittle in “My Fair Lady.” When he wasn’t on the stage, he helped out the department as a dialect coach.

During his career in radio, Mr. Smith had the opportunity to interview many jazz greats including Charlie Parker and John Coltrane, as well as singers from other genres including Dolly Parton, Loretta Lynn and the Statler Brothers. Mr. Smith was general manager of KCWC-FM, and the station became a favorite of jazz enthusiasts.

His talents in broadcasting made it possible for Mr. Smith to go to college and he earned his bachelor of arts in 1970 from Augusta College. He also had athletic scholarships and qualified for the U.S. Olympic Team as a marathon runner though a back injury halted his track career. He also earned a Master’s of Theology from Union Theological Seminary in Richmond, VA, and a Master’s of Science in Instructional Technology from the University of Wyoming.

He marched for civil rights with the Rev. Martin Luther King, Jr. and attended King’s Ebenezer Baptist Church. Last September, he retraced the King March down Auburn Avenue in Atlanta at a conference for the American Academy for Religion.

Mr. Smith worked in radio in Richmond, Va., and Washington, D.C. prior to his move to Wyoming in the early 1980s. He went to work as an announcer at KVOW/KTAK in Riverton as well as working for the KCWC-TV, the state's only public broadcasting station at CWC. Dale was the master control operator for the station and did some production work as well. He was asked to teach a few courses for CWC's fledgling broadcasting program while working at KOVE/KDLY in Lander. The part-time job at CWC quickly turned into a full-time position by 1985.

He launched many broadcasting careers and Mr. Smith always kept in touch with his students long after their graduation.

Mr. Smith continued to be the voice of the Lander Tigers under the pseudonym Danny O’Day at KOVE/KDLY until his retirement. He was honored with a Tiger letter jacket upon his retirement during the halftime of a football game. Mr. Smith was inducted into the Wyoming Broadcasters Hall of Fame in June of 2009 upon the nomination by Lander broadcaster Joe Kenney.

His blindness forced him to give up his teaching though he never lost his passion for the profession. He was also an encyclopedia of sports and music information.

He was preceded in death by his parents, grandparents and grandchildren Ryanne Spohn and Phoebe Smith.

In lieu of flowers, donations may be donated to the Dale A. Smith Audio and Visual Arts Scholarship endowment through the Central Wyoming College Foundation, 2660 Peck Ave., Riverton, Wyo., 82501 or to the Wyoming Cancer Foundation, PO Box 1117, Riverton, Wyo. 82501.