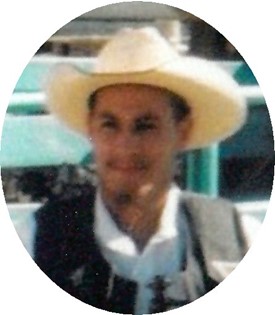 He married Bobbi Miller on July 4, 2008, at the home of Joe and Irene Crazy Thunder. The couple had been together for 9 years before marriage.

Mr. Talksdifferent was a member of the Arapaho Tribe and was a life-long resident of the Wind River Indian Reservation.

He was a ranch hand and worked sundance security on horseback.

He was of the Catholic faith and engaged in the Native American culture.

Mr. Talksdifferent was a member of the Good Road of Life, participated in the Indian National Finals Rodeo, and belonged to the Wind River Junior Rodeo Association.

His family said Mr. Talksdifferent engaged in bull riding, rode horses, enjoyed being around his wife and children, enjoyed fishing, walking, hunting, playing video games with his oldest son, bred and raised pit bulls, and was a member of the Lakota Sundance Circle.