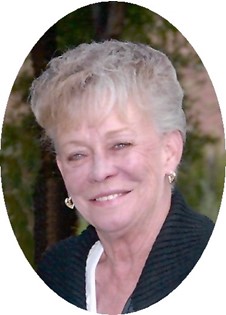 Guestbook 6
Ruth Scheer passed away at her home in Dubois on Saturday, August 27, 2011.

Funeral services will be held Wednesday, Sept. 7, at 10 a.m. at the Headwaters Center in Dubois.

She moved to Wyoming when she was five years old, living in Grass Creek until 1964 when she moved to Dubois. She attended schools in Thermopolis and graduated in 1963 from cosmetology school in Riverton, Wyo.

She married Don Scheer on March 25, 1964 in Riverton and the couple had four children– Grant, Tom, Denice and Theresa.

Together the couple were outfitters and guides and took out summer pack trips where Mrs. Scheer enjoyed cooking for the trips.

Her family said helping with rodeos, chariot races and pack horse races were her passion. She also enjoyed crocheting, flowers, NASCAR races, country music and, above all, spending time with her grandchildren and great grandchildren.

She was preceded in death by her mother, Leota Dunning; sister Karen Sue Brown; and husband, Don Scheer.

Memorial donations in her name may be made to Amedisys Hospice in care of the Davis Funeral Home, 2203 West Main Street, Riverton, WY 82501.

Online condolences for the family may be made at theDavisFuneralHome.com.