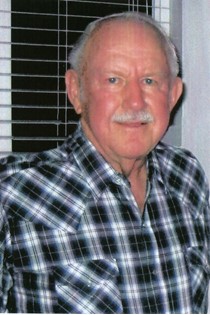 Guestbook 3
Gene DeLay, 75 of Riverton, died on Tuesday, Aug. 30, 2011, at the Wyoming Medical Center in Casper. Funeral services were Friday morning, Sept. 2, at the Davis Funeral Home of Riverton. According to his wishes, cremation will take place following the service. Clifford Eugene DeLay was born on Sept. 10, 1935, south of Guide Rock, Neb., to Clifford H. and Ilene (Bailey) DeLay. As a young boy he moved with his parents to a farm north of Guide Rock. He attended country school and later attended and was graduated from Guide Rock High School in 1953. He attended Kearney State College and was graduated from Hastings (Neb.) College. Mr. DeLay taught math and coached football for 38 years, retiring in 1993. He began his teaching career in Nebraska and Kansas and taught for 23 years in Brighton, Colo. He moved to Riverton, Wyoming in 1994. His family said he was an avid football fan and was a faithful Cornhusker follower. Everyone knew not to call him on game day. He also loved fishing, especially for Walleye and enjoyed boating and camping. He married Janine (Gabel) on March 10, 2000 in Thermopolis. He is survived by his wife, Janine of Riverton; three sons, Don DeLay and wife Michelle of Brighton, Colo., Jon DeLay and wife Lisa of Parker, Colo., and Tim DeLay of Brighton; eight grandchildren; step-children, Brad Rapp and wife Melanie of Maricopa, Ariz., and Brandon Rapp and wife Garilynn of Saint Louis, Mo.; four step-grandchildren; two brothers, Duane DeLay of Blue Hill, Neb., and Robert DeLay of Guide Rock, Neb.; sister, Karen DeLay and Steve Ralston of Alma, Neb.; two brothers-in-law, Darrell Gabel and wife Robynn of Lander, and Terry Gabel of Chandler, Ariz. Memorials may be made to the Help for Health Bus, in care of the Davis Funeral Home, 2203 West Main Street, Riverton, WY 82501. On-line obituaries are available and condolences for the family may be made at: theDavisFuneralHome.com Services were under the direction of the Davis Funeral Home of Riverton.