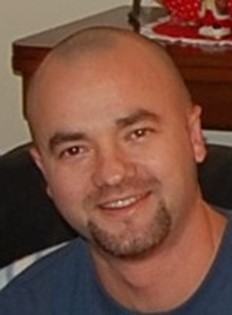 Local funeral services will be Saturday, September 10, 2011, 2:00 p.m. at the Davis Funeral Home. Burial will follow at Mountain View Cemetery.

A devoted son and brother, Michael graduated from Shaw High School in Columbus, GA in 1993, then attended Georgia Tech. Michael moved to Nashville in 1999 and worked as an Applications Engineer for Cornerstone Technical Group until he was diagnosed with cancer in 2009.

Michael was an avid outdoorsman. He enjoyed hunting, fishing, riding motorcycles and most of all spending time with friends and family. He will be remembered for his wonderful sense of humor, award winning smile, willingness to help others and most of all, his incredibly positive attitude throughout his sickness.

Mike was an inspiration to all those around him and will never be forgotten.

He is preceded in death by his father Vernal G. Warnock on March 29, 2011. Who moved to Riverton in 1957 where Gene attended school graduating in 1961.

Funeral services were held on Wednesday August 31st at 2 PM at Kilgroe Funeral Home, 1750 Ashville Rd, Leeds, AL 35094. In lieu of flowers, the Warnock family requests that donations be made to the Rios family whose 2-year-old daughter is also fighting cancer. Contact information, donation procedures, and information about Kaylee can be found at www.facebook.com/cureforkaylee

On-line obituaries are available and condolences for the family may be made at: theDavisFuneralHome.com.