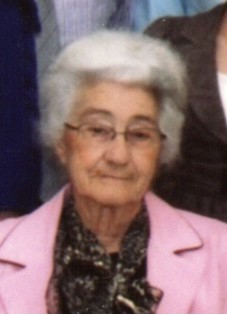 She married Miles Peterson on February 19,1948 in Gehring,Nebraska. She has lived in Riverton 63 years.

Mrs. Peterson was preceded in death by husband, Miles, a brother and a sister.

In lieu of flowers, memorials may be made to Tough Enough Cancer, or the Help For Health van through Davis Funeral Home, 2203 West Main Street, Riverton, WY 82501