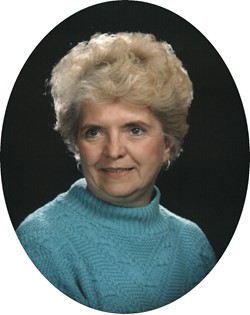 No local services will be held. The family has elected to conduct a private celebration of life. Interment will be at the Greenwood Cemetery in Manton, Mich.

Ines Christine Hileman was born in Manton, Mich., on Monday, April 8, 1935, the daughter of Louis and Hedwig (Gross) Hileman.

She graduated from Manton High School in 1952.

She lived and raised her family in Cadillac, Mich. Before moving to Riverton in 1998 to be closer to her grandchildren.

Mrs. Wilson worked as an employment coordinator for the Michigan Job Service.

She was preceded in death by her parents, Louis and Heidi Hileman.

Memorials may be made to the Riverton Animal Shelter, in care of the Davis Funeral Home, 2203 West Main, Riverton, WY 82501.