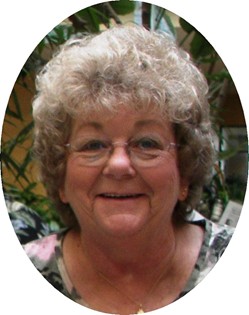 Guestbook 9
Roanne Alice (Linde) Gorseth 71, of Riverton passed away on September 22, 2011 at the University Hospital in Salt Lake City, Utah.

Memorial services will be held at 11:00 a.m., Wednesday, September 28, 2011 at the United Presbyterian Church in Riverton, Wyoming. Rev Linda Norris will officiate the service.

Roanne was born April 11, 1940 in Rapid City, South Dakota to Harry Alfred and Ruby Norma (Schaeffer) Linde. Roanne was baptized April 13, 1952 in the First Congregational Church in Rapid City, S.D. Roanne attended school in Harney S.D. then Hill City, S.D. While she attended school, she worked as a waitress at the Powder House Lodge in Keystone, S.D. and her father’s sawmill (Harry Linde Sawmill) in Harney, S.D.

Roanne married Paul Gorseth on Oct. 18, 1958 in North Carolina while he was in the Navy. From this union, they had three children. The family moved to Arizona for a brief time, then moved to Grass Creek, Wyoming where Roanne and Paul worked for the Harry Linde Sawmill. In 1975, the family moved to Riverton, WY where Roanne obtained her cosmetology license. She was also a hospice volunteer, an advocate for battered women, certified nursing assistant and was employed at Small World Day Care.

In 1981, Roanne married Clyde Forbis where they resided in Riverton, WY. During this marriage, the couple traveled to California, took trips to the mountains, and spent time with relatives. The marriage ended in 1990.

Roanne enjoyed spending time with her family, especially her four grandchildren and two great grandchildren. She attended their sporting events and other school functions throughout the state. She enjoyed gardening, hunitng, camping, being outdoors and traveling. Roanne's travel included trips to Las Vegas, Wendover, Hawaii, Israel, Jerusalem, Jordan, New York, Texas and Alabama. Roanne enjoyed cooking and always cooked more food than was needed as all were welcomed to her home to eat a meal. Roanne enjoyed making friends and striking up conversations with everyone. Roanne had the ability to have a positive impact on every person she met. Roanne enjoyed imaginary fishing and roasting marshmellows in the window wells with her great grandson. Roanne was also a Deacon of the United Presbyterian Church which was her calling in her life.

She was preceded in death by her parents, and a brother, Ronald Linde.

Memorials can be made to the United Presbyterian Church of Riverton.