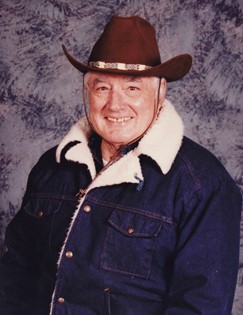 Guestbook 0
Melvyn F. "Mel" Gegere of Riverton died Thursday morning, Sept. 22, at the Help for Health Hospice Home in Riverton. He was 91.

Cremation has taken place and memorial services will be held at 4:00 p.m. on Tuesday, October 4, at St. Margaret's Catholic Church in Riverton.

Melvyn Fidelis Gegere was born in Green Bay, Wis., on April 24, 1920, the son of Francis Xaviar Gegere and Sophia (Van Ness) Gegere. He was graduated from East High School in Green Bay and St. Norbert's College in Depere, Wis. He received advanced training with the U.S. Navy.

Mr. Gegere was retired from the U.S. Navy as an E-7 CPO, having served 23 years. During that time, he was a crew chief and instructor as an aircraft mechanic. He served missions with an anti-submarine squadron in Alaska, was stationed on Whidbey Island, Wash., and Mira Mar Naval Air Station in San Diego, Calif. He was also an aviation mechanic instructor and for 13 years with the U.S. Civil Service. He served during World War II, the Korean War, and Viet Nam War.

Mr. Gegere had lived in Riverton since June of 2009, coming to Wyoming and settling first in Hyattville after he retired from the federal civil service at the Naval Air rework facility on North Island, San Diego.

He was of the Catholic faith and member of St. Margaret's Catholic Church in Riverton.

The family said he was a very devout Christian. He attended Mass everyday on the Catholic Network. He had weekly visits from Cathy Luoma where she brought him communion and they shared devotions.

Mr. Gegere was a bench rest shooter, a hand loader, hunter, horseback rider, raised and rode trotter horses learning the skill on his own, and a NRA instructor in Hyattville. His family said he used horses for hunting and riding.

Memorials may be made to St. Margaret's Catholic School in Riverton, in care of the Davis Funeral Home, 2203 West Main Street, Riverton, WY 82501.