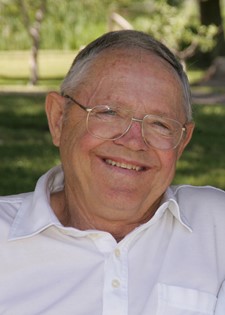 Memorial services are at 10 a.m. on Wednesday, Oct. 5, at the Church of the Nazarene in Riverton. Pastor Eric Depew officiates with the eulogy by Jerry Houge.

With his family, he moved from Casper to Riverton at the age of nine, when he was in the fourth grade. He was graduated from Riverton High School with the Class of 1957.

He worked as a mill mechanic for Union Carbide in the uranium mining industry. While in California he worked for four years for Pan American Airlines. For more than seven years he was head of maintenance at Central Wyoming College. He retired in 1996. He had been working with his family at Pro Form as a handyman.

Mr. Raymond was a member of the Riverton Church of the Nazarene where he served on the board, sang in the choir, and was otherwise active in the church, hosting Bible studies.

His family said fishing was his passion and he enjoyed, building, woodwork, cooking, family gatherings, and wintering in Yuma, Ariz.

Survivors include his wife of 53 years, Nellie Raymond; a son, Mark Raymond of Gillette and his children, Breck and Quincee Raymond; daughter, Tammy Cox and her husband Jon of Riverton their children Kelly and husband Joey Gonzalez, Katy and husband Jeff Hanson, and Jon Cox and wife Lindsey; seven great grandchildren, Mason, Ryan, Avery, GiGi, Dane, Austin, and Jonny; a brother, John Raymond and his wife Twylah of Riverton; sisters, Glennis Sostrom and her husband Hank of Globe, Ariz., and Marian Harding and her husband Vern of Holyoak, Colo.

Memorials may be made to Abba's House or the Help for Health Hospice Home, in care of the Davis Funeral Home, 2203 West Main Street, Riverton, WY 82501.