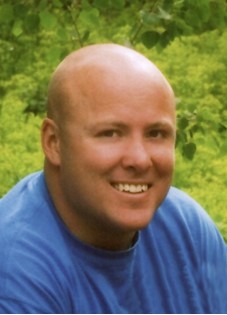 Mr. Jordan graduated from Riverton High School in 1996 and then from Bridgerland Applied Technology College in 2004.

February 10, 2001, he was sealed to Kami Fabrizius in the Ogden Temple.

Nate was a member of the Church of Jesus Christ of Latter-day Saints and served a mission in Ohio. He was also dedicated to the building of the Veil Crossing Monument at Martin’s Cove.

From 2004 until 2011, he worked for Dave Maddock and then in 2005, he and his wife opened the Iron Works Gym. He enjoyed powerlifting, where he maxed out at 425 lbs on bench and 505 lbs. on squat. He shared a love of comic book heroes with his daughters. He and his wife enjoyed traveling, and was known for always having a project on a vehicle. His family says that it was obvious to those who knew Nate that his faith and family came first in his life.

He was the founding member of the ½ ton club at Iron Works Gym. He also volunteered his time with the Fremont County Athletes. He also participated in Turn on Tonkin.

Memorial contributions to the Nate Jordan Fund, c/o Wells Fargo Bank, 616 N. Federal Blvd., Riverton, WY 82501 or to the Punish Cancer for Nate Fund in care of Davis Funeral Home. On-line obituaries are available and condolences for the family may be made at: thedavisfuneralhome.com Services are under the direction of Davis Funeral Home.