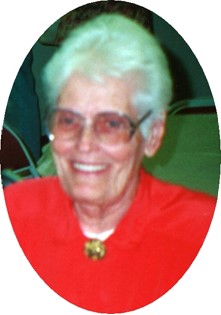 Guestbook 4
Long time resident Collene Butkovich died peacefully at her home on Monday, October 10, 2011. A celebration of her life will be held at 2 pm Saturday, October 15 at the Headwaters Center, followed by a reception at the Rustic Pine Tavern Frontier Room.

Born on Thursday, May 19, 1927 in Geary, Oklahoma, the daughter of Violet (Farris) Bradley and James L. Cooksey, Collene was raised in farm country surrounded by a large extended family. In the early 1940's, she moved to Southern California and worked in the War Effort in aircraft fabrication and armaments. It was there she met her future husband Bill, who was in the Army Air Corps and stationed at March Field. They were married in Riverside, California on February 3,1945, celebrating afterward by dancing with friends at the Aragon Ballroom.

After Bill's discharge from the Army Air Corps, the couple moved to Dubois, Wyoming. Collene became a homemaker raising two sons, Buck and Jim, as well as keeping the books for the family business, Bill's Machine & Welding. She also worked for the Dubois School System in food services for over 20 years, during which many good meals were prepared and a lot of student support was provided.

When Bill retired, he and Collene traveled extensively in the southwestern and western states, returning to Wyoming during the summer and fall seasons. After 7 years, they settled back to living in Dubois full-time. Following her husband's death in 1999, Collene continued to be active playing bridge, quilting, volunteering for many civic organizations while helping and enjoying her friends and family.

Preceded in death by her parents and her husband Bill, Collene is survived by her sons Jim Butkovich, Buck Butkovich, his wife MJ and grandson Will Butkovich, all of Dubois. She also leaves behind many good friends.

Memorials may be made to the High Country Senior Citizens Center or the Western Fremont County Humane Society.

On-line condolences for the family may be made at: thedavisfuneralhome.com

Arrangements are under the Direction of the Davis Funeral Home of Riverton.