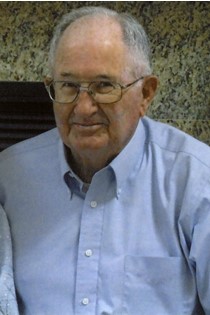 Guestbook 4
Memorial services for Bill Hinkle of Riverton will be held at 10:00 a.m. Thursday, November 3, 2011 at Davis Funeral Home, with inurnment to follow at Mountain View Cemetery. Mr. Hinkle died Monday morning, October 31, 2011 at his home.

Mr. Hinkle moved to Buckhorn Flats west of Riverton at the age of five, when his parents homesteaded in the area. He bought the dairy farm from his father with his brother Robert in 1960.

He attended high school in Riverton, where he was president of the FFA and played football. He was a farmer by trade until 1979, after which he was employed by Farmers Exchange for 10 years until retirement.

The family said since retiring, he enjoyed going to all the children’s ball games and track meets. They said family was everything to him and he loved telling stories about times on the farm and stories about the grandchildren.

He was preceded in death by his parents and a brother, Robert Hinkle.

Memorial donations may be made to the Help for Health Hospice Home, c/o Davis Funeral Home, 2203 W. Main, Riverton, WY 82501.